Here are five locally made projects that I have enjoyed over the past few months. For me, the best creative ideas are honest, bold and simple…

Mschf, the art collective (not to be confused with the advertising agency of the same name) is known for projects such as transcribing the entirety of “The Office” on Slack and dm-ing generated foot photos by AI. This summer, they drove ice cream trucks around LA serving up popsicle-ified versions of billionaires to leave people ‘eat the rich‘. They could have tried to start a conversation about wealth inequality through a heartfelt PSA, but instead they turned Jeff Bezos and Jack Ma’s eyes into candied ice cream. . It’s hard not to see…definitely memorable.

Whatever you think of Kim Kardashian and most fashion ads, the craftsmanship and charm of this swimwear campaign isn’t what you’d expect. Probably because it’s photographed by Nadia Lee Cohen – an incredible artist in her own right, who is currently exhibiting the “HELLO, MY NAME IS” at Deitch Gallery. I think what I love about his work for SKIMS – beyond the stylistic choices to lean into New Hollywood glamor – is the courage to commit to going all the way. More than over-the-top costumes, hairspray, iridescent eyeshadow, even a pack of giant poodles – the film‘s grain, quality and fit reek of pure 70s poolside erotica. It doesn’t smell like advertising. It smells of sunscreen.

This recent work by Mirimar LA is a simple execution that taps into a moment of culture. It’s also more than a movie. It’s an invitation for anyone named Karen to get a free bottle of champagne – and I can’t help but agree that the world could be a less angry place if more of us got free bottles of champagne. 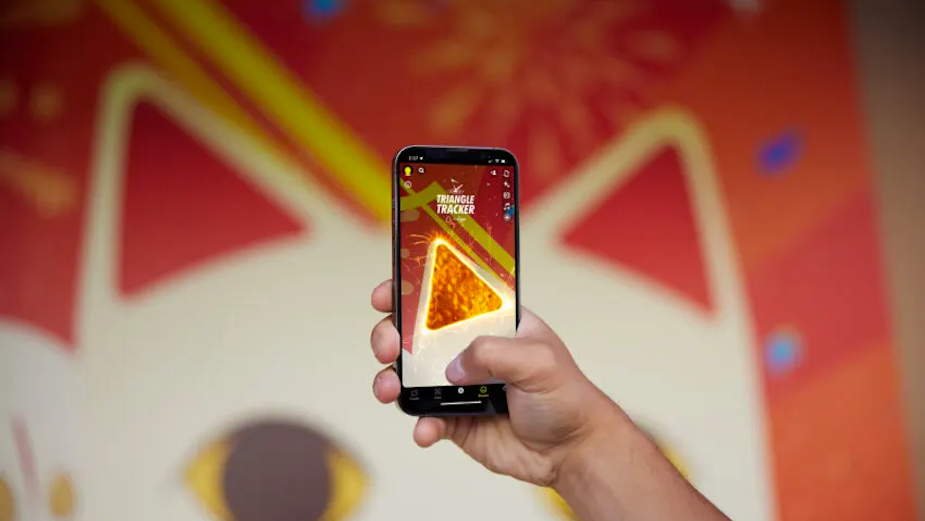 Doritos took a simple concept (the shape of its tortilla chips) and turned it into an intricate treasure hunt across Snapchat, TikTok, Fortnite and the real world – apparently the VMAs and Migos are involved… why not !? Sure, it’s not the first scavenger hunt idea, but I love how the brand knew its best branding wasn’t branding at all.

End the list with a shout out to Media Arts Lab. I’m a big fan of the “Privacy by iPhone” campaign in general – the image of an iPhone hiding the identity of the user. Simple. Clever. In this piece, I love the unusual characters and the legendary faces of the wardrobe and the cast. But more than anything, the tone of this one is unexpected. The subject of privacy and how our data is handled can often be treated in a very scary and serious way. I love that our team took this heavy subject matter and turned it into a playful, cinematic ride somewhere in the former Yugoslavia.